Finally, it’s time to unveil the very first draft of #WriteInMotion Blog Series. To find out more about what this blog series is, click on my introductory post here to find out more. I have also written briefly about my process over here.

Once I saw the prompt (below), it gave me mysterious feels -like as if it’s something completely ordinary yet somehow different. They scene and the setting started to form in my head. The next day I had word vomited 529 words. I’ll call this Draft 1, the one I’ll post below.

And so I’ll post my Draft 1 below, which by the way I hate. There are a LOT of grammatical and spelling errors, specially because English is my third language, and it doesn’t have a title or any character names (yet).

The clinking of glasses and the gruffly voice of men filled The Boots Lounge.

The pub was dimly lit and smelt like beer, sweat and salt from the sea but by no means was a small pub. It was located by the last corner of Old Town so both sailors and miners were the regular sort of people you’d find at The Boots Lounge.

You’d find some unusual folk there as well. Just last month a lady had walked in, and not the ones you find at the Red District nor the ones you find in the Markets of New Town either. She wore a suit. She’d wagered a game of poker with every man in that room. At the end of the night, she had won all hands and no one has seen her since.

What was unusual about today was there was a young man. Now there are young men as miners or sailors but those usually wear the blue or the khaki uniforms. This one was wearing all black, and no part of town had black uniforms.

“In all my life at the sea, I’ve never seen one” a fat old man said banging his third glass of beer on the oak table. “And the new sailors lot won’t shut up talking about how dangerous the waters have become” he continued. “Alright mate, I hear ya! You’ve not seen the Lochness Monster, but you gotta’ve seen the Kraken surely” replied the frail man in his mid-50’s, definitely a miner judging from his permanently black nails.

This conversation had been going on for a while now. At first it seemed like any other night’s chat when it started about Sirens and Mermaids. Now however, it had expanded to several tables. “I’ve heard half a dozen ship have gone missing lately” someone from another table yelled. Hushed voices filled the room as the group recounted the news when the sixth ship had gone missing at sea.

“What about the Sand Sailor, anyone heard ‘bout him?” asked the young man in the black uniform. He had been keenly listening to the conversations but this was the first thing he had said all night. “The Sand Sailor, we are talking about real myths here, not some fairytale, boy!” another man retorted and the pub was filled with laughter.

“I’m curious about the Sand Sailor, I’ve heard they unveiled a painting in the New Town.” The bartender spoke when the laughter quieted down. “The sailor who wheels a fishing boat in middle of the desert, yeah I’ve ‘eard of the Sand Sailor,” said the fat old man, “But I’ve also heard that the painter is a lunatic, spouts nonsense half the time.”

The bell tolled 12 o’clock and the pub started to filter out as the night shift was about to begin. The young man also made his way out. He kept on walking north towards the desert until he reached his ship. Until the stars filed the night sky, the ship sailed across the sand, but more peculiar was the fact that the young man had no shadow, not in the crowded pub and not here under the open sky.

So, there you have it! Stay tuned to next week’s post where this draft is self-edited to create Draft 2! You can also check out the posts from other authors here, Thanks to KJ for lining them up in a nice thread!

The very first unedited draft is due on 15th June and I’m so nervous. I’ve written short stories and I’ve done photo prompts. But not both together and that too with a bunch of other authors. On the bright side, however, I’m excited to read theirs as well!

Plotter is most self explanatory. If you plan and outline everything before actually beginning to write, then you are a Plotter.

On the other hand, if you let your character create the story and have no idea where your story will take you, then you are a Pantser.

Plantser is somewhere in between the two. You plan some parts of your writing piece, it could be the setting or some of the scenes, then you let your story fall into place as it progresses.

For my short story for #WriterInMotion, I word vomited a setting and then went back to add characters and dialogues. I was itching to edit it, so I jumped ahead to self-edit the draft (for Week 2) which will be posting on 22nd June. (Genre, Title and word count will be revealed on Saturday’s post along with the first draft).

I saw this Writing Style Alignments (below) on twitter, made by @cheyannealepka. Based on that, I consider myself a “Chaotic Plantser“.

I had free time on my hand, so I created an aesthetic mood board (because who doesn’t want a mood board!) inspired by my first draft.

Let me know what you think and if you are a Plotter or Pantser! 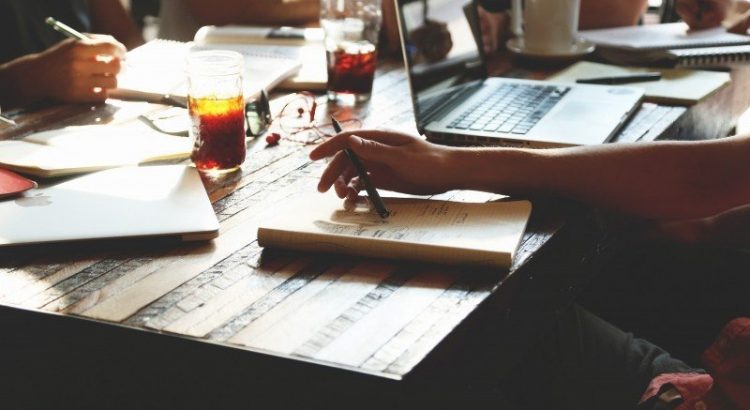 I came across the hashtag #writerinmotion on twitter and was immediately drawn to it. And then for the next two-ish hours I was blog hopping trying to get more information and if it’s my interest speaking or my curiosity.

Turns out its both my interest and curiosity. If you enjoy writing and been wanting to know more about the revision journey, look no further, Writer In Motion Blog Series is here.

So what is Writer In Motion?

To start with it’s a month long Blog Series. Me along with a bunch of amazing authors will be drafting a 500-1000 word long story based on a photo prompt. (Photo prompt is below!)

There will be four weeks total of drafts: their first (unedited) draft, their second draft (self-revising), a third draft based on critique partner feedback (the authors will also be critiquing each other’s work), and a final draft based on editorial feedback. Then on the last week, we’ll each share our thoughts about the process.

Read more about it HERE

Stay tuned for my blog posts under the “Book Reviews” Category!